CHILDREN OF BODOM – check in from the studio!

Finnish metal superstars CHILDREN OF BODOM, who are currently busy in their own studio in Helsinki, recording ten new tracks for the upcoming 8th album release, now report from the recording desk to give an update on the sessions.

Bassist Henkka Seppälä comments: “Last night I finished my parts in making the record. We listened to all the songs and fixed what had to be fixed. So the bass tracks are in. So are the basic tracks for guitars, from both Roope and Alexi.

And of course drums were recorded first. So next in line is guitar melodies and solos, and then laying down the keyboards. Then it’s time for vocals. We are ahead of schedule and very happy to work here in Helsinki for the first time ever. I’ll update you again when we are further in recording.”
Regarding the fact that the record is being recorded on the band’s own premises, front man Alexi Laiho states: “It’s a nice change to the regular method where we lock ourselves up at a studio in the middle of the woods, usually also during the darkest time of the year. However, we did track drums at the tried-and-tested Petrax studio in Hollola this time as well, so we got our fix of that modus operandi too. But for the guitar and bass, we don’t require a big facility in the countryside, so we decided to stay closer to home for this part of the session.”
Laiho is currently in the final stages of writing the lyrics. Beginning of February, renowned Swedish producer and musician Peter Tägtgren (PAIN, HYPOCRISY) will join the band for the vocal and keyboard recordings.

Commented Alexi: “It will be great to have Peter come over for a good stretch this time so we can really concentrate on the vocals. At the moment, I’m done with the lyrics for two tracks: ‘All Twisted’ and ‘Slowdance On Nails’.

So far all the other tunes go by working titles such as ‘Moto GP’, ‘FC Pettymys’, ‘Kananmuisti-ilmiö’ and ‘Trondheim’.”
Moreover, COB-guitarist Roope Latvala has announced stronger participation in the song arrangement than before: “In my opinion many guitar parts could be made more interesting and balanced with just minor tweaks.” Alexi confirms: “Roope did voice his opinions more than usual this time around. And maybe the others, too. As far as the actual question goes, the usual rule applies: all good ideas are taken into consideration.”
Dyed-in-the-wool COB fans will be happy to hear that the band will keep up their tradition of hilarious cover versions. As to this, Alexi reveals: “We will be doing our versions of songs by BANANARAMA and ROXETTE, and a track chosen for us by the readers of the Japanese magazine Burrn.”
The yet-untitled album is scheduled for a summer 2013 release via Nuclear Blast.
Stay tuned for further information! 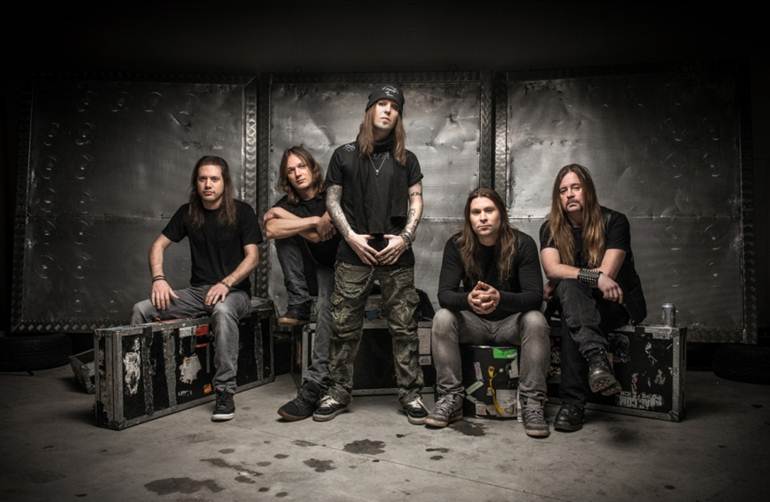