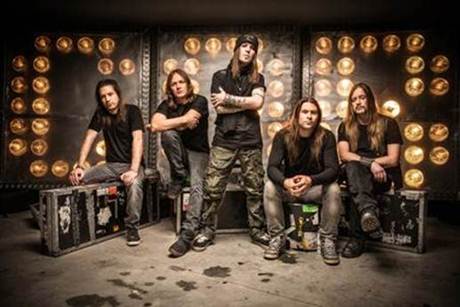 Finnish metal superstars CHILDREN OF BODOM have just released the lyric video of the first single “Transference”, taken from their upcoming album “Halo Of Blood”.

Check it out here: http://www.youtube.com/watch?v=CDNYu2Ro06Y&feature=youtu.be

„Transference is a straight up CHILDREN OF BODOM to the core type song and therefore was a good pick for a video and obviously is one of our favorite tracks.

It always had an evil vibe to it which I wish I knew how to explain because it still gives me chills… Enjoy!”

The band have also released the first part of a series of track-by-track videos!

Let them give you further information on the idea behind the first three songs:

Check out the video here: http://youtu.be/c4ngHqMOur8

The new album “Halo Of Blood” will be released June 07, 2013 via Nuclear Blast: http://smarturl.it/COBHalo