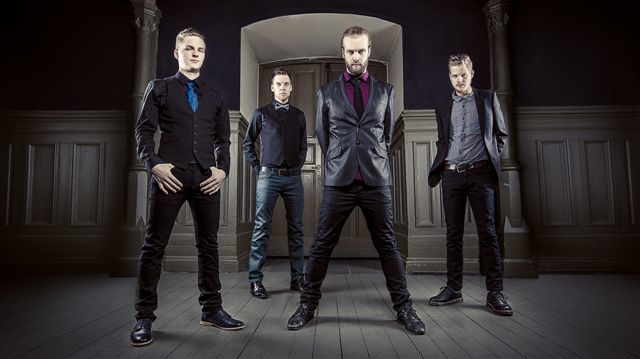 
After finishing off a very eventful and busy past year of promotions for their previous album release, “Bilateral”, acclaimed Norwegian Progsters LEPROUS had directly entered studios to start the recordings for their next album after wrapping up their “European Progressive Assault” headlining tour in September-October 2012.

The new album is entitled “Coal” and will be released on May 20th, 2013 in Europe

and May 28th, 2013 in North America via InsideOutMusic.

“With our upcoming album “Coal” I feel we are one step closer to a personal expression. Heidi Solberg Tveitan and Vegard Tveitan of Mnemosyne were the producers of this album, together with LEPROUS. They helped us a lot with reaching the full potential of the songs, and the album would not be equally good without their expertise.
Jens Bogren and Tony Lindgren @ Fascination Street Studios mixed the material
and have made this album shine like nobody else could.

I see less interest in defining music than in creating music, but I will give a short overview on what to expect…

“Coal” is a more melancholic and darker album than the more playful “Bilateral”. By darker I don’t mean more aggressive, but more severe. There is still a big range in the dynamics, but no jumping between different moods within a song. We cannot wait to show this album to the world!”

Check out a studio-video from the drum recording sessions for “Coal” here:

Check out the first revealed shows via the band’s Facebook profile: www.facebook.com/leprousband