LOST SOCIETY – il videoclip di “KILL (Those Who Oppose Me)“

Aspiring Finnish thrash metal youngsters LOST SOCIETY proudly present the official video clip for the song “KILL (Those Who Oppose Me)”, taken from their terrific debut album “Fast Loud Death” that will be released via Nuclear Blast on March 15, 2013!
The video was shot in the boys’ home town Jyväskylä together with director and LEGION OF THE DAMNED front man Maurice Swinkels, who states:

“I spent a fun evening with the LOST SOCIETY boys in Finland, creating the music video for “KILL”. It was a blast – we shot the video at drummer Ossi’s place, where his parents welcomed us with open arms. They were very co-operative and lots of fun – especially his father’s physical commitment was great to watch!”

“Shooting the video with Maurice was great fun! He’s an absolute professional and it we got along greatly with him which made the filming very easy and natural. The video has a pretty old-school touch to it and the basic idea of the music video is fun to watch. Parts of it were shot in our rehearsal place which makes it very personal for us, and the outcome of the video is absolutely amazing! Watch, enjoy and mosh it up!”

Don’t wait any longer – turn the volume to the max and KILL it: http://youtu.be/_VYaSmFcfVM

Dying to experience the Finns’ boundless energy and joy of playing live on stage? Here’s your chance: LOST SOCIETY are confirmed for 2013’s “Beastival” festival in Geiselwind, Germany, that’ll take place from May 30 to June 1. Be there when they tear down the venue! 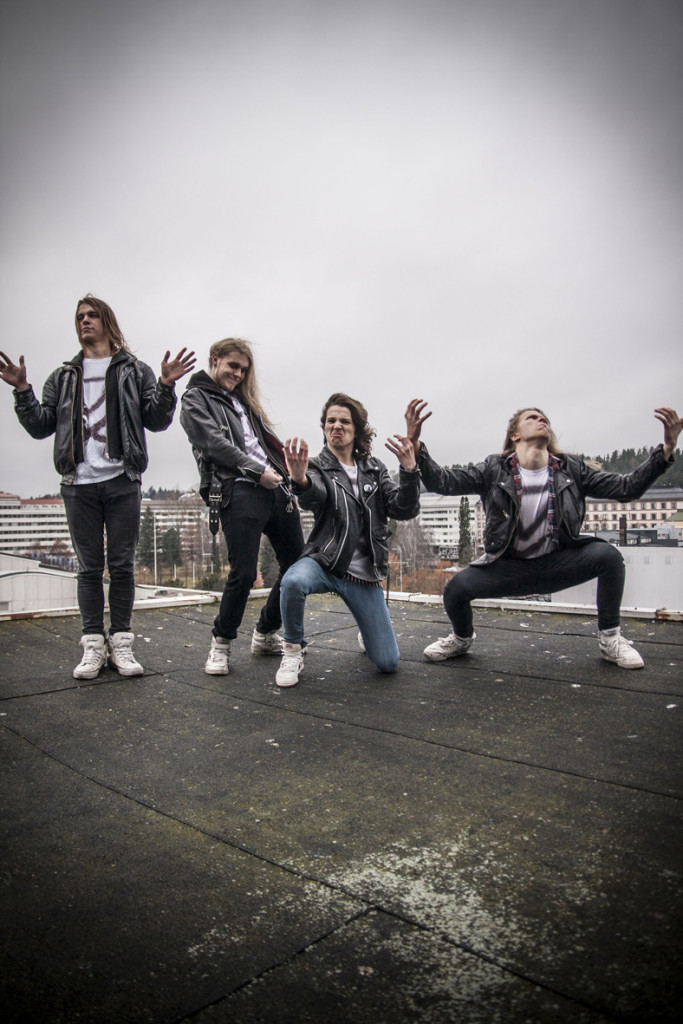