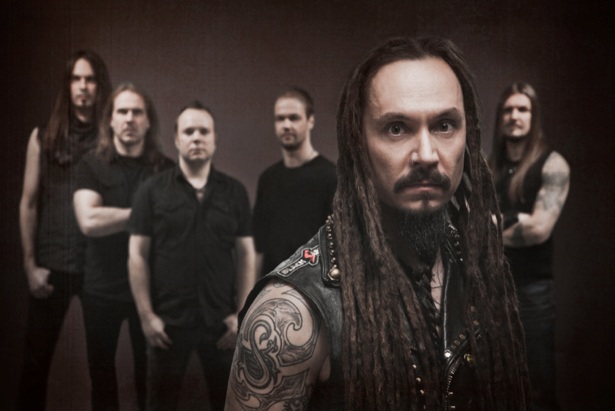 Finnish melancholic dark metal masters AMORPHIS have been confirmed as support for legendary NWOBHM pioneers IRON MAIDEN on their open air show at the Olympia Stadium in Helsinki, Finland on July 20, 2013.

AMORPHIS step in for BULLET FOR MY VALENTINE who had to cancel. Other bands on the bill are label mates SABATON and GHOST B.C..

„Supporting IRON MAIDEN is going to be one of my personal highlights in AMORPHIS’ career.

It’s a pretty hard task as generally IRON MAIDEN fans (including me) are extremely loyal and going for the show just to see MAIDEN. Anyhow we’ll do our best.

As our musical roots lie in old MAIDEN stuff and we are neither wimps nor posers, I don’t think that we can go wrong.“