AVANTASIA: Cover Artwork of “The Mystery Of Time” revealed

On March 30th the new AVANTASIA-album “The Mystery Of Time“ will be released.

The band has now revealed their the frontcover artwork. It has been hand-painted by world acclaimed British fantasy artist Rodney Matthews. Amongst Rodney’s most famous artworks are not only album covers for Rock legends such as Magnum, Thin Lizzy, Asia or Nazareth. He has also designed the characters for the TV-series “Lavender Castle“ and created the covers for novels by British fantasy author Michael Moorcock and many more.

Tobias: “It is a great honour for me to have Rodney create the artwork of ‘The Mystery Of Time‘.  Since the new album is a conceptual album and its story has a magical and enchanting atmosphere, there was no other painter I could think of to create the artwork. I’ve had several creative conversations with Rodney during the process and I had the feeling that the concept was inspiring to him right from the start. I put a lot of energy into producing a very detailed and fascinating album, and Rodney had that same enthusiasm to create an artwork just as detailed and fascinating. This is a new chapter in AVANTASIA’s history and I think it didn’t deserve less than a magical painting by my favorite painter and childhood hero: The one and only Rodney Matthews!“ 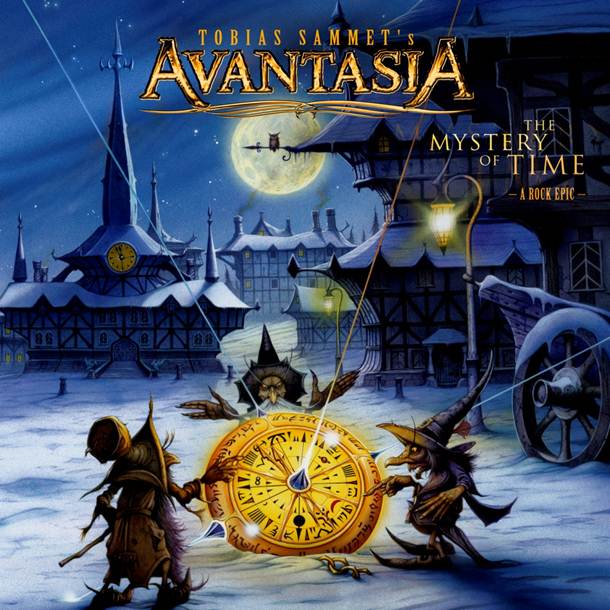 Confirmed guest musicians on the CD:

Tracklist „The Mystery Of Time“

More infos and news under: