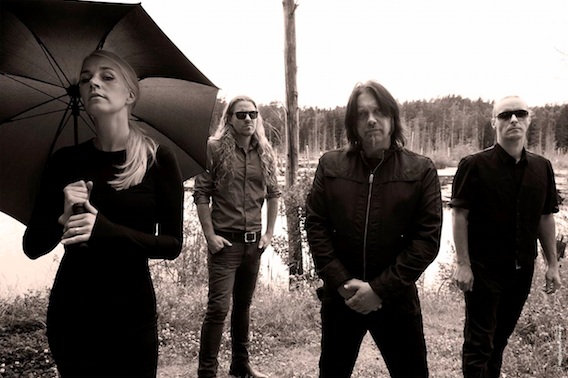 AVATARIUM will release their first sonic sign of life on September 20, 2013 in the form of 12” mini LP »Moonhorse« featuring the titletrack, the B-side ‘Boneflower’ as well as an acoustic cover version of BLACK SABBATH‘s ‘War Pigs’.

Commented Leif Edling: “AVATARIUM are so happy to sign with Nuclear Blast!

We would like to take our music out to the world and no-one does it better than NB.

AVATARIUM has only been around for about 8 months, so we are thrilled to begin the mix of our first album and bring our special dark/heavy/poetic metal music to the masses. We love what we do with AVATARIUM and it’s an honour for us to join the Nuclear family!”

Commented Nuclear Blast A&R manager Jaap Wagemaker: “Nuclear Blast is very stoked to announce the return of Leif “the master of doom” Edling to the nuclear family! We already had the pleasure of working with Leif and CANDLEMASS in the past which was a great honour as we have been fans of his doom metal since he started making music with NEMESIS and we have followed him afterwards with all his other bands like CANDLEMASS , ABSTRAKT ALGEBRA and KRUX! We were all ears when he contacted us saying that he had founded a new band called AVATARIUM! As soon as we heard the music we fell in love with it, great melodies and riffs the way only Leif can write them and the angelic like vocals by Jennie! Leif did it again! We are very happy to welcome AVATARIUM to the Nuclear Family – we simply can’t wait for you to listen to this amazing new band!“