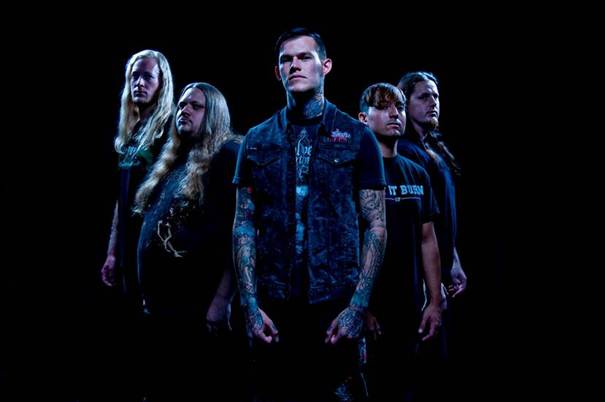 San Diego, CA Death Metal outfit, CARNIFEX, recently finished recording their new album at Audio Hammer Studios in Sanford, FL with famed Metal producer Mark Lewis (ARSIS, THE BLACK DAHLIA MURDER, WHITECHAPEL, DEVILDRIVER, DEICIDE, SIX FEET UNDER). “After a year and half of writing and five weeks in the studio, we are very excited that tracking for the new album is complete,” commented vocalist Scott Lewis. “Not only is this the best production we have ever had, the depth in each song is beyond anything we have previously written. We combined the best parts of our previous albums with elements and influences we only touched on in the past. This is the album CARNIFEX was always meant to write.”

On recently signing to Nuclear Blast Lewis continues: “Signing with Nuclear Blast is a career defining moment for CARNIFEX. To be aligned with the largest Metal label on earth is a true honor. This world-wide deal signals a turning point for us as a band and individuals. Together with Nuclear Blast you will see CARNIFEX like you have never seen us before. Prepare yourself for an album that crushes any and all expectations. An album that will stand as the definitive mark for modern Metal.”
CARNIFEX’s Nuclear Blast Records debut will also introduce new lead guitarist and longtime friend of the band, Jordan Lockrey. A release is tentatively scheduled for some time in the first quarter of 2014.

CARNIFEX‘s latest album, »Until I Feel Nothing«, was produced by Tim Lambesis (AS I LAY DYING) and was released on October 25, 2011.