Vocalist Shady Blue comments on both trips: “Germany! Raise your Flags and prepare for the ultimate Doomsday experience! CHROME DIVISION will return on the 26th April to Düssedorf at the Pitcher29 club, and in Dortmund – Rock In Den Ruinen Festival on the 27th.We are stoked to be back in Germany after 2 years and play live again! While still working on the new album, which is coming along fantastically, we welcome a break to come and drink beers and raise hell with you all. Looking forward to meet new and old fans and have some ballbreaking shows! We are the CHROME DIVISION and we`re coming to town!“

„The gig in Italy is a charity/rememberance festival for a young girl who died from a drunk driver. Her parents run the festival and it’s in its 5th year. Many italian bands play for free each year to support, and they each year have a special headliner act. This year it is us!“ 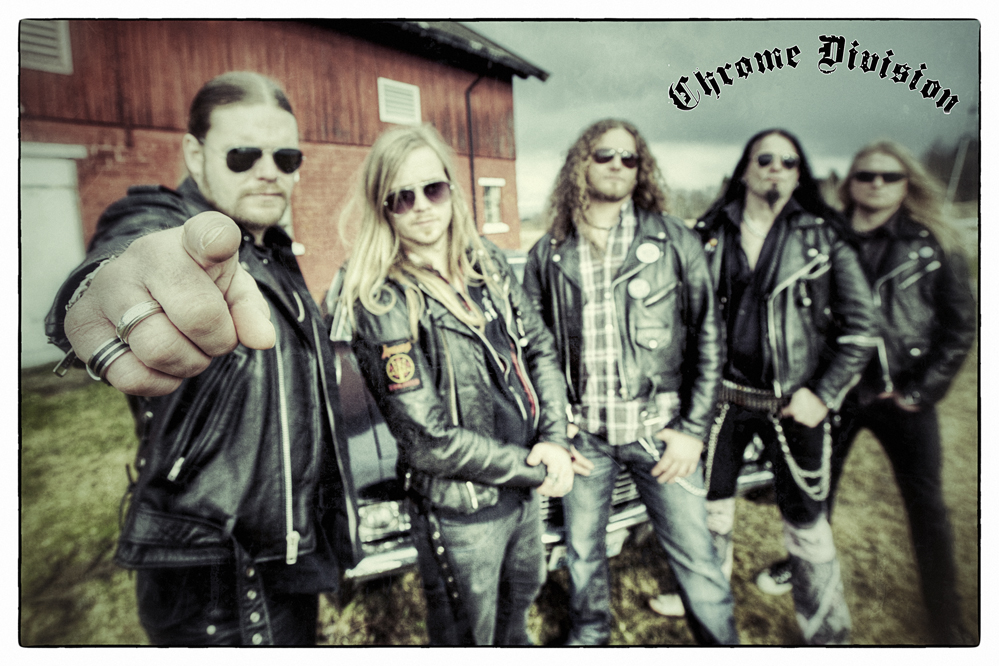