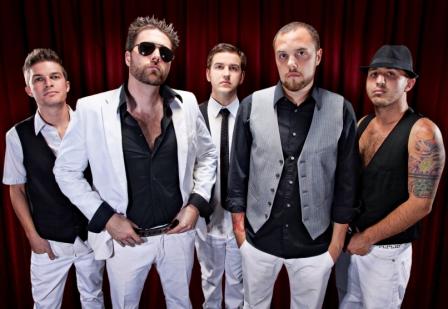 The band hails from Pittsburgh when in 2007 five musicians disillusioned from their previous experiences decided to join forces in something « insanely different » from what they have been doing until then and “give a nod to the music we listened to growing up in the 80’s.  One of the more important aspects of the new project was to not take ourselves too seriously and have fun with it”, tells the band’s guitar player Drew Donegan.

It didn’t take long for people to gravitate towards the band, as local media outlets began referring to the band as Pittsburgh’s local ‘Supergroup’.  Furthermore, the bands first show sold out within minutes of doors opening !

Donegan describes Gene the Werewolf’s sound as “classic rock with a modern vibe”, similar to what bands like Kiss, Def Leppard, AC/DC and Motley Crüe would sound like if they released their music today… a far cry from the pop-punk bands the band members had been in previously. “We also like the term diamond-core, because diamond is the hardest rock known to man”, Donegan adds.

Plenty of bands aren’t shy about flaunting cocky bios and making no secret of their self-perceived talent, but few take it as far as Gene the Werewolf. “We used to say we were the best rock band, but by now I’d say we’re just the best band ever,” Donegan said. “We play absurdly loud, sweat our asses off, and then sleep on filthy apartment floors together because we love doing it “.

Ultimately, the band’s intentions are as pure as they’ve ever been. “We formed this band to play loud, rowdy, and crude Rock N’ Roll,” says Gene. “I think with this record we’ve accomplished everything we’ve ever wanted out of being in a band together.”

Enjoy Gene The Werewolf newest videoclip “I Only Wanna Rock n Roll”  following the link below :

Tune in on the Frontiers Records webradio (www.frontiers.it/webradio) to listen exclusively the amazing first single “I Only Wanna Rock n Roll” and get ready for the forthcoming hilarious band’s videoclip to be launched soon !

Wicked Love; I Only Wanna Rock N Roll; Superhero; Heart Of Steel; Rock N Roll Animal; I’ve Got The Love; Ruffneck Woman; Light Me Up; Firecracker; Give It Up; The Ballad Of Gene. Make Love (Bonus Track Itunes) 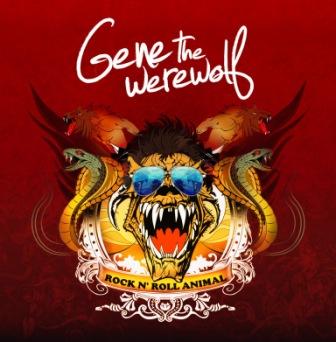