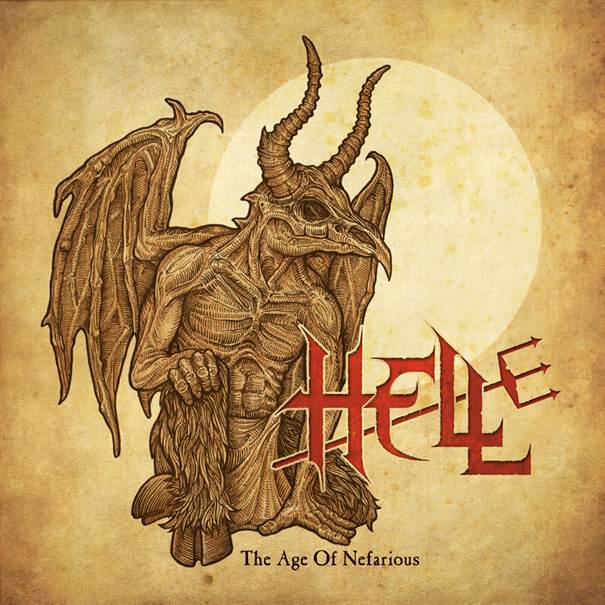 ‘The Age Of Nefarious’ will be released October 25, 2013. Coming as a 10” Vinyl in several colored versions, it will include the single track plus three live songs recorded at the Bloodstock Festival, 2013.

The tracklist of ‘The Age Of Nefarious’ reads as follows:

1. The Age Of Nefarious

1. Blasphemy And The Master (live)

Commented string- and keyman Kev Bower: “In a world dominated by conflict, disease, corruption, poverty, disaster and crime – much of which has religion at its source – this is truly the dawning of ‘The Age Of Nefarious’. The song was always going to be the perfect opener for the new »Curse And Chapter« album since it lays the foundation for everything which follows, but when we were approached by our friends at Nuclear Blast with the idea of producing a lead-off EP, we also decided that out of four possible EP album track candidates – this song should also be the one. It represents everything which HELL represents – it powers along in awe-inspiring majesty, but takes lots of unexpected twists and turns before reaching its inevitable conclusion. The artwork is once again the result of our collaboration with Dan Goldsworthy, and it shows just a tiny fraction of the artwork he has created for »Curse And Chapter«. With regard to the additional live tracks – where better to have recorded these than from the main stage at Bloodstock Open Air 2013 – the spiritual home of UK metal, during one of the best shows we have ever played, and in front of 10,000 of the most dedicated metal heads in the world. We are proud to be giving you a glimpse into the second Chapter……”

And don’t miss HELL on tour this fall along with label- and countrymates CARCASS and Swedish Death institution AMON AMARTH, invading Europe on the following dates: 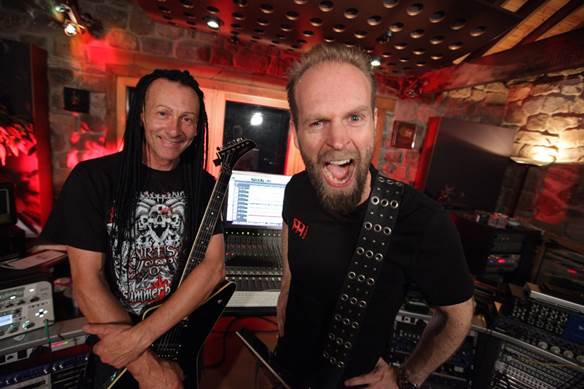