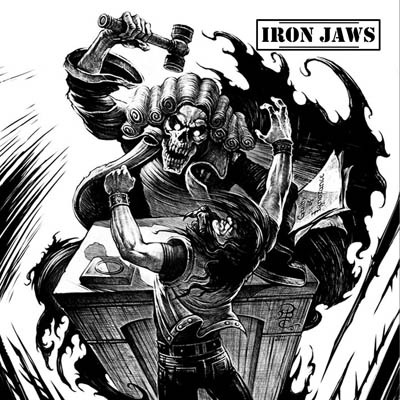 The release date of the new IRON JAWS album “Guilty Of Ignorance” is August 30, 2013. The preorder phase will start on August 16, 2013 in our webshop.

Young traditional speed-metal-bands seem to be not very popular in these times of retro-metal trends. But this may change with our newest band: IRON JAWS from Asti (Northern Italy) have aroused lots of enthusiasm in the scene since their debut album “Louder Is Not Enough” (2010). The piercing, high-pitched screams, the sound of the guitars and the very tight drumming in a steady beat remind you of the older EXCITER-classics. This is why we decided to release the bands second album.

In 2011 the band got a new singer: Andrea Finotti is a perfect new vocalist for IRON JAWS. In the beginning of 2013, the band recorded “Guilty of Ignorance”, which might even surpass the debut album. The vocals remind you strongly of Dan Beehler, but there is also sometimes a kind of punk-flair like with Bobby Ellsworth (OVERKILL). The band hasn’t changed its successful formula: extremely simple, but very precise high-speed grenades like the opener “No Speed Limit”, the anthem-like title-track, the punk-style “Shoot the Dead” or the final, very catchy “Speed Metal Command” will be able to fascinate every metalhead. “Metal Merchant” is a tribute to the legendary HALLOWS EVE. The highlight of the album (which has a playing time of only 35 minutes) is the very transparent and powerful, but never modern production.

No trigger, no core, no bullshit: These “Heavy Metal Maniacs” will be an absolute must for every serious fan! 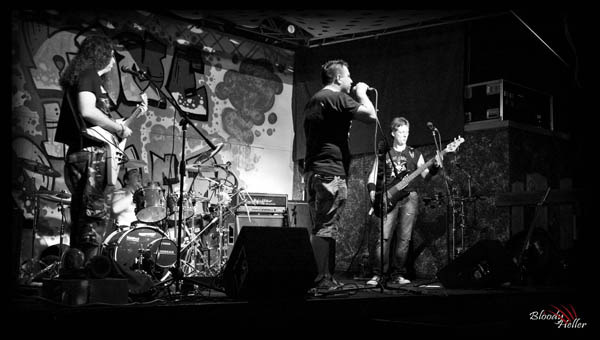