NILE – making of “Enduring The Eternal Molestation Of Flame” online
U.S.-American technical death metal masters NILE have uploaded a making-of “Enduring The Eternal Molestation Of Flame” video to YouTube, providing behind-the-scenes impressions of last year’s intense video shooting in Greece. The track is taken from NILE’s latest necromancy “At The Gate Of Sethu”, out on Nuclear Blast since June 29, 2012.  Watch it here: http://www.youtube.com/watch?v=I7bbqUs2_mI
The clip was directed by Jon Simvonis (SEPTIC FLESH, DEVIL’S TRAIN – www.jonsimvonis.com), who remembers:
“Filming NILE, a band with such a strong connection and retrospection to the Ancient Egyptian spirit, was really a creative challenge. I found myself almost traveling in time and space through the whole research process prior to making the video.All of our production and creative department teams, within MAGNUM PRODUCTION STUDIOS Co. were really excited to take on this project and bring it to life. Approaching Ancient Egypt, through Africa and using Nubia, a region along the Nile river, was for me the perfect marriage of Egyptian iconic imagery and the regions long religious history. A region that dealt in the underworld and was also the birthplace of the very first Voodoo practices. Two worlds so close, but yet so far one from another.”
NILE’s front man Karl Sanders comments: “We had a Blast working on this video. We were in Greece for a total of ten days, after our Summer European Tour ended, waiting for our turn for our shots on the video set to begin , and it was our first real opportunity ever to spend some time in Greece. It seems George is an excellent host, and we really soaked up a lot of Greek Culture, did plenty of historic sightseeing, and got to meet many of George’s wonderful friends and colleagues.  I even managed to get a guitar lesson from the Incredible Greek Shredmaster Theodore Ziras while in Athens . The video shoot itself was a mind-blowing experience – the location was unearthly, spiritual, and quasi-vulcanic all the same time. The director Jon was super prepared, and did amazing work – by far the most artistic yet Metal director we have worked with yet. Besides of course the many days spent on the beach in Loutraki soaking up Greek sunshine and drinking Greek Mythos beer served by bikini clad Greek waitresses – I would say the most memorable part of the whole video excursion for me was the Greek Firemen on duty during the nighttime location shoot. They told us – “We are here to Protect the Greek mountainside from burning down – if YOU BAND GUYS catch YOURSELVES on fire , you are on your own”  And they were true to the word , as two video crew members did indeed catch themselves on fire during that night time session . There is a special flame accelerant the crew members used to make sure the flames were all blazing while the camera was rolling – and it quite easily got all over  their clothes while they are liberally dousing all the props to be burned before each shot . Quite predictably with the countless full-on flaming camera takes that lasted well into the early hours of the morning , two of the crew accidentally lit themselves up while restarting the flames for the umpteenth time.  Panic-Dancing quite madly , one of the crew guys managed to extinguish himself before his clothes and shoes were consumed by flames , and another crew member voodoo –fire danced somewhat less effectively  and sadly, suffered burns on his arm and had to be taken to a nearby hospital. What dedication these video guys have. It reminded me of when Punchy was shooting the “Papyrii” video and had to venture INSIDE the Crocodile cage to get the crocodile shots – and before he even realized what was happening –  found that while his attention was focused on getting his camera shot – he  himself was being subtlety  stalked and cornered by 3 hungry Nile crocodiles. All in all, we were super happy with the “Enduring” Video – Jon did an amazing job with the whole thing. Not only does it look incredible for a Metal video – Jon managed to stay under budget – no mean feat what with the limited funds allotted to Extreme bands these days. “
Greek-born drummer George Kollias agrees: “Shooting the new video during the summer in Greece under that HOT sun was something that scared me in first place to be honest, days are getting very hot here and I knew that would be difficult…but working with Jon Simvonis was the guarantee that we would make it worth it! Jon did an amazing job, super easy guy to work with and extremely talented since he got the entire project on his shoulders and made things just happen the best possible way – period! I love the uniqueness of the video, I love the way the band shows and I really love the concept with all these incredible actors we used, they really raised the bar and we couldn’t be happier to have them in! Enduring the Eternal Molestation of Flame was not just another video clip; it was a great experience and teamwork from people who work with passion for it – and that shows in there! Overall, “Enduring” was the way video shootings should be, we combined work with fun and we had the pleasure to work with a super talented director and an amazing crew, hope the next video will be exactly like that!”
The final outcome can be watched here: http://www.youtube.com/watch?v=99KHIkENKBM
www.nile-catacombs.net | www.facebook.com/nilecatacombs | www.nuclearblast.de/nile 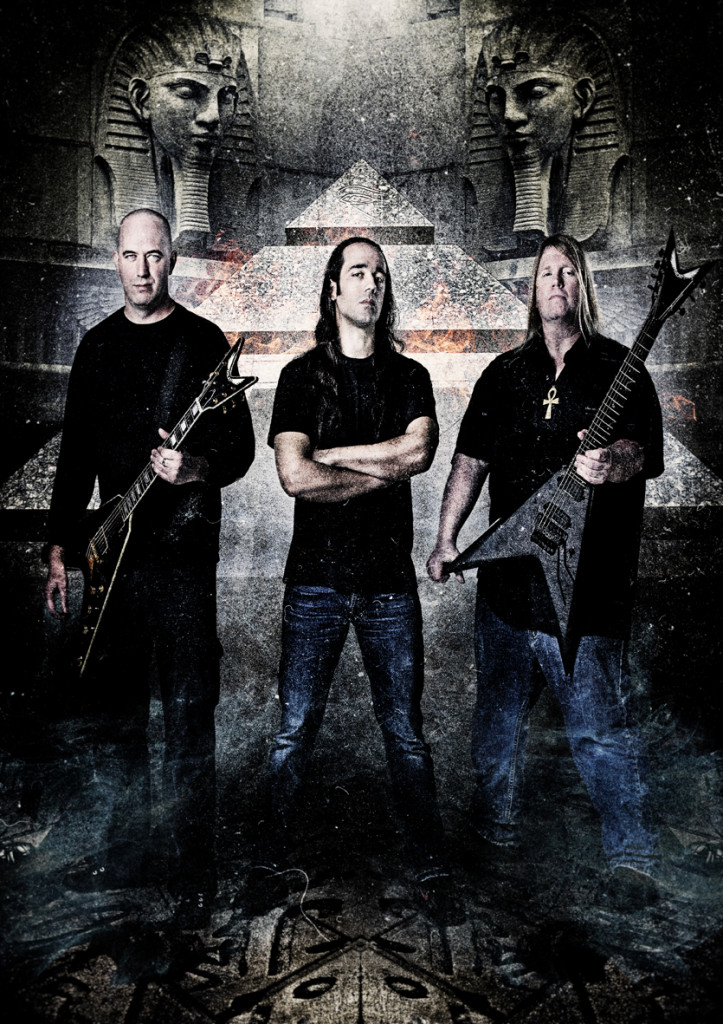