Pure Steel Records licensed the first 2 Onward releases. “Evermoving” and “Reawaken”, both with the sadly passed away Michael Grant ( Ex-New Eden, Ex-Crescent Shield, ex- Cypher Seer) on vocals will be remastered and re-released on vinyl in summer / early fall 2013 by Pure Steel Records.

Together with mastermind Toby Knapp and the other remaining band members we want to set a small monument to Michael. R.I.P, we’ll never forget you.

“Over a year ago I approached Pure Steel Records about releasing Onward’s demo “The Neverending Sun” on vinyl. Pure Steel had a much better idea; releasing Onward’s first two albums “Evermoving” and “Reawaken” in limited edition gatefold vinyl, remastered and with completely new artwork. After negotiations began Onward vocalist Michael Grant passed away making these plans take on a more serious level of importance. After a decade since disbanding these re-issues represent the eternal life of music, of Heavy Metal carefully crafted with integrity and the magic of collaboration between those who believe. Many fans who have since discovered Onward’s music say “what happened?where did they go? they were so under-rated”. Our collaboration with Pure Steel records on the re-release of what many consider “landmark” Heavy Metal albums is proof positive of what Onward conveyed during our years together; “Evermoving Onward!” onto vinyl sounding better than ever – Toby Knapp (guitarist/founding member) 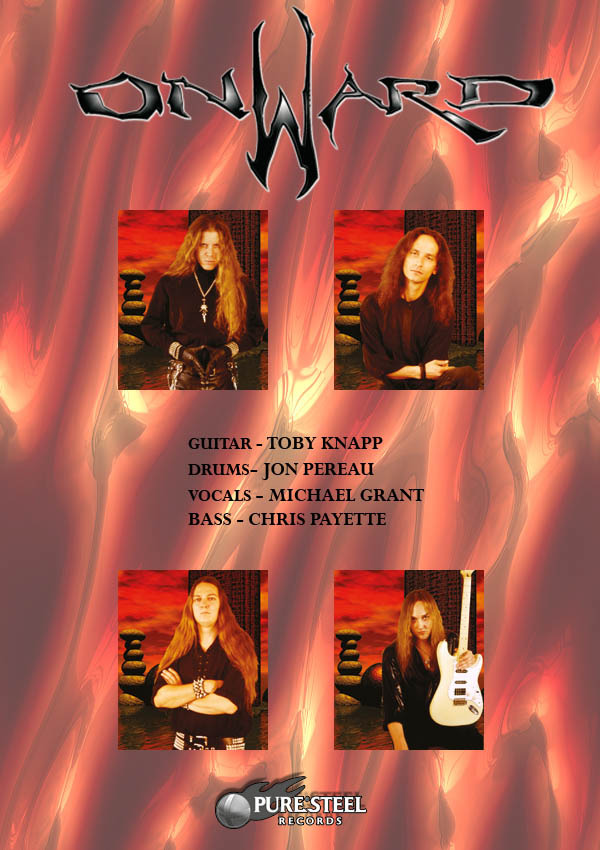