San Francisco-based doom rockers ORCHID have set April 26, 2013 as the release date for the band’s highly anticipated new album, „The Mouths Of Madness“.

Find the stunning cover art for „The Mouths Of Madness“, done by singer & tattoo artist extraordinaire, Theo Mindell, and the albums tracklist attached/below.

Mindell comments on the cover: “I wanted the cover of the album to be really classic and strong, like one of the records from my childhood where when you’d see the colors and shapes on it from across the room, you’d immediately recognize it. A classic “icon” …so it’s very simple really. But then I did a really elaborate painting for the inside that is totally ornate…I wanted people to open this kind of sparse, plain thing and be drawn into another world that kind of visually told the story of some of the emotions of the record. Kind of like peeling a weird fruit open…the inner painting was really inspired by some of the Latino psychedelic murals that were done around San Francisco in the late 60’s-early 70’s….like the cover of Abraxsis by Santana which is a record I grew up on and always loved. So, it’s the “Orchid version” of those murals.”

Guitarist Mark Thomas Baker on the extensive production process: „Most of the tracks on „Mouths of Madness“ were cut in early June 2012. We were pretty fresh off of our European tour and full of confidence. The basics done at that time were the best recording experience that we’ve had so far. Everybody got along great and did great work. We did this album with a completely different guitar sound than „Capricorn“. I think it sounds much heavier in that regard. We take a lot of time to get things right. I hope people enjoy it and let it sink in. I think it’s miles above our past efforts.“

Mastering Engineer Richard Whittaker, who also took care of the latest BLACK SABBATH and THIN LIZZY rereleases/analogue transfers, comments: „I’ve been a huge fan of ORCHID since I first heard their debut EP back in 2009, and they’ve certainly come a long way since then.  So, as you can imagine,  to be asked to work with ORCHID on their records was an honour and a pleasure, they’re a great bunch of guys and a stellar band to be involved with. „The Mouths Of Madness“ is such a well crafted and awe inspiring album. Sonically, its 1974 meets 2013 which, for me, takes the SABBATH/PENTAGRAM vibe to whole new level.“

As an appetizer and collector’s item, ORCHID will also release the 10“ vinyl EP, „Wizard Of War“, on February 22, 2013, containing a brand new track, as well as „Demon’s Eyes“, a song that previously only had been released on an underground Halloween compilation as well as the extensive „Albatross“, from the band’s stunning debut, „Capricorn“.

“The Mouths Of Madness” was produced by Will Storkson, who also took care of all other ORCHID outputs so far. 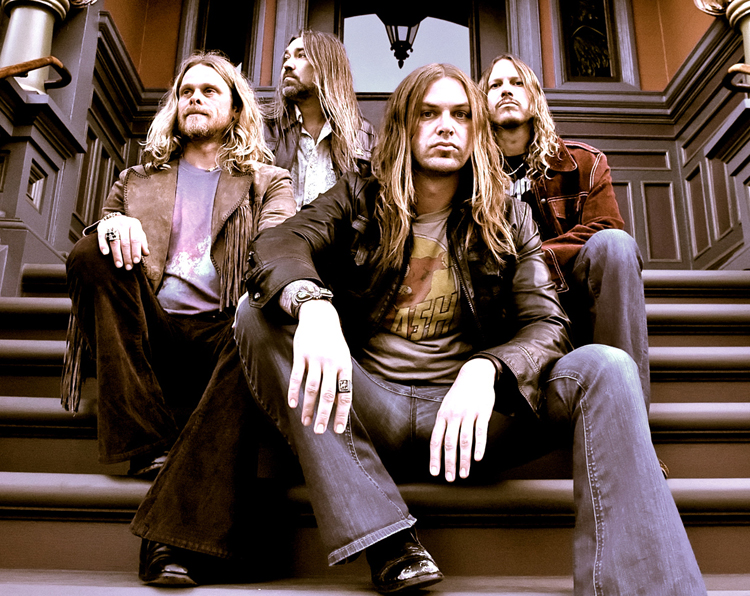