ORCHID – reveal „The Mouths Of Madness“ tracklisting, comment on every song!

San Francisco-based doom rockers ORCHID have revealed the tracklisting for the band’s upcoming album, „The Mouths Of Madness“, which is scheduled for a April 26, 2013 release via Nuclear Blast.

The band also commented on every song of the album – see below.

Check out the lyric video for the first single, „Wizard Of War“ at http://www.youtube.com/watch?v=K0nFQxXmmx4

„The Mouths Of Madness“

01. Mouths Of Madness
One of the first tracks written for this album. I was struck immediately by the soaring, yet totally sinister sounding vocals against that pulsing beat. A great opening number. -Mark Thomas Baker, guitar

02. Marching Dogs Of War
We really struggled with this one to get “the feel” right. It’s a simple enough song on the surface but the subtlety of the shuffle can really be illusive sometimes. Do we swing on the light or dark side? Is it a slow enough tempo but not dragging? I’m very happy it didn’t end up on the cutting room floor since I think it is critical to the overall story the album tells.– Keith Nickel, bass

03. Silent One
The quintessential doom song of the album. The evil sludgy intro followed by the most crushing verse that I have ever played. My favorite drum song on the album. -Carter Kennedy, drums

04. Nomad
I’ve had the riffs for this song scattered about in my brain since we started the band. We’d jammed on different versions of the song and Mark always really liked it. One day it finally just fell together. I really like the feeling of it. It really feels like a journey through different emotions I’ve gone through about spending so much time away from home but then feeling restless when I’m at home…no peace. -Theo Mindell, vocals

05. Mountains Of Steel
A song that creeps into your soul. Very psychedelic imagery and a great heavy groove that makes it a blast to play. I’m always transformed by this song whether it’s jamming it with the band or just listening in my car. – Keith Nickel, bass

06. Leaving It All Behind
Man, this song was a pretty heavy one for me. I had the music for this one for a while and felt like it sounded really kind of sad but sentimental and loving at the same time. Honestly as funny as it sounds, I was driving and the ELTON JOHN song ‘This Is Your Song’ came on the radio. My mother has been really ill, she pretty much raised me on her own. I grew up pretty poor, just she and I really struggling to make ends meet when I was little. So this song just ended up being my way of saying thank you to her, not very evil. But I’ve never wanted to be in a band where I couldn’t say the things I wanted to, or feel limited by some poser identity of being a dark band all the time. -Theo Mindell, vocals

07. Loving Hand Of God
Started off as an ORCHID take on traditional blues like LIGHTNING HOPKINS. When I heard the finished track, the vocals gave me goosebumps and the feeling was much more of a Victorian era England than a Mississippi Delta. -Mark Thomas Baker, guitar

08. Wizard Of War
This song just kind of happened in one night at practice. Mark had had this riff floating around for years that He and I would joke around about saying it sounded like ENTOMBED or early CELTIC FROST. I always really liked it and we’d jam on it periodically. One night we worked on it and I went home and wrote a chorus and a bridge and the next practice it was just done. It was just one of those songs that kind of wrote itself. It’s just a straight ahead rocker, no frills. -Theo Mindell, vocals

09. See You On The Other Side
I always loved the riff, and especially the middle section, which grew to a point beyond what I thought was its potential.-Carter Kennedy, drums 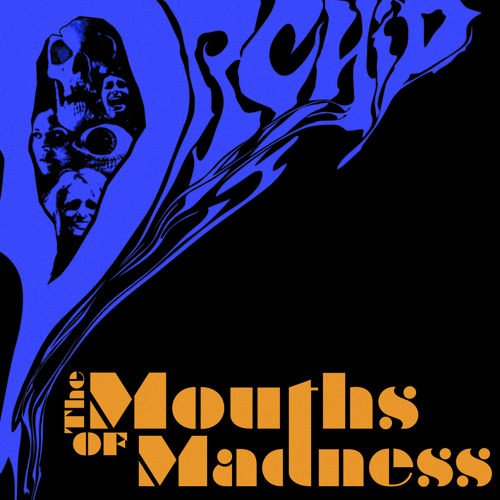