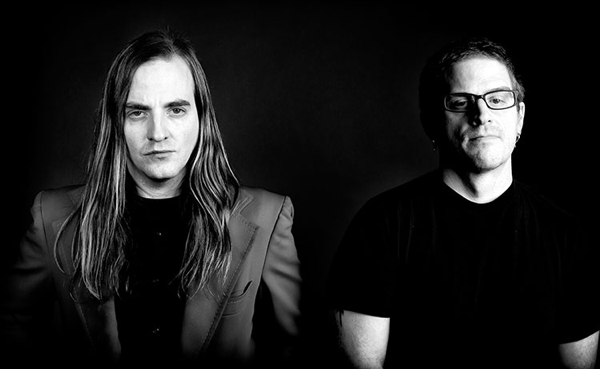 Relapse Records is extremely proud to announce the signing of Forth Worth, TX’s ominous and experimental post-everything duo PINKISH BLACK. Consisting of Jon Teague (drums/synths) and Daron Beck (vocals/synths/keyboards), PINKISH BLACK formed in 2012 from the ashes of THE GREAT TYRANT and have released two critically acclaimed records that have been described as “an opus of doomy, sludgy, crushingly dark music” by Cvlt Nation and “a massive wall of dark, beautifully cosmic sound.” by The Sleeping Shaman to “an absolute stunner” by Stereogum.

Having spent the last two years touring and playing shows with Kylesa, Corrections House, Floor, Sub Rosa, Goblin, Pallbearer and many others, the duo is now preparing their third full-length and will enter Echo Lab studios in Argyle, TX this February.

The band commented on signing to Relapse: “We are extremely pleased to have the opportunity to work with Relapse. With such a legendary and diverse roster, we know that we are in good company. The diversity of the label is quite a relief, as our music does not easily fit into any one genre. Working with folks who understand that will be refreshing.“

Additionally, Relapse will release the final works by their original group THE GREAT TYRANT entitled The Trouble With Being Born in early 2015.

The band commented on the release of this project as well: “The Great Tyrant was dissolved nearly five years ago with the death our bassist and close friend, Tommy Atkins.  The recording process (for the majority of the material) was plagued by technical problems, and was not finished at the time of Tommy’s suicide. Through the hard work of Matt Barnhart, these songs have been transformed, and are finally ready to be issued. We are thrilled that Relapse will be releasing the final document of The Great Tyrant, and that we can finally put that beast to rest.”

Originally formed in 2010 as THE GREAT TYRANT, a three piece that released one LP posthumously following the tragic passing of their bass player, Tommy Atkins, remaining members Jon Teague (drums/synths) and Daron Beck (vocals/synths/keyboards) set out to redefine current conceptions of heavy music with a forward-thinking yet unorthodox, synth-driven approach. When Atkins died, the band progressed their sound even further and changed their name to PINKISH BLACK in 2012. They have since released two critically acclaimed full-lengths with Handmade Birds (2012’s Pinkish Black) and Century Media (2013’s Razed to the Ground).

Pinkish Black on the Web: