Frontiers Records and Primal Fear are pleased to announce to have renewed their partnership for another multi album deal which will include two more studio albums and one further Live cd and dvd. The band is already in advanced stages for the songwriting of the next studio album, which will be recorded during the summer of 2013 and released in early 2014.

Primal Fear bass player, songwriter and producer Mat Sinner said: “We’re very excited about the final news that we will renew our contract with Frontiers Records for some more albums. My personal thanks go out to Serafino & Mario for their patience to deal with me. The band is very happy to continue with Frontiers Records after the release of our worldwide most successful album “Unbreakable” and their great work. We plan to enter the recording studio during the summer to record a new, ass kicking, pure metal album!“
Frontiers Records President Serafino Perugino stated “Working with Mat, Ralf and the other guys from Primal Fear is truly a professional delight. Not only they are among some of the true living talents of Heavy Metal music, but also outstanding professionals who live up to their word and to the expectations that all the fans have from them. Long Live Primal Fear!“ 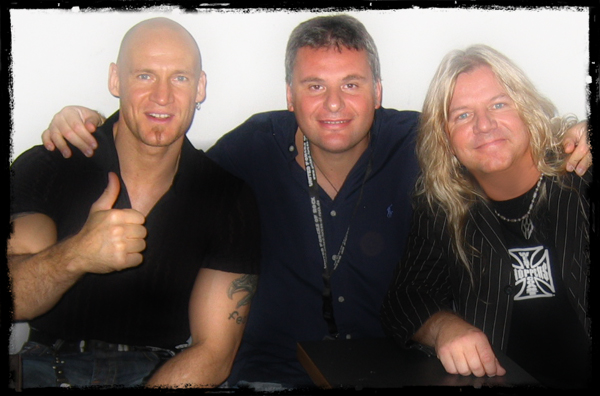