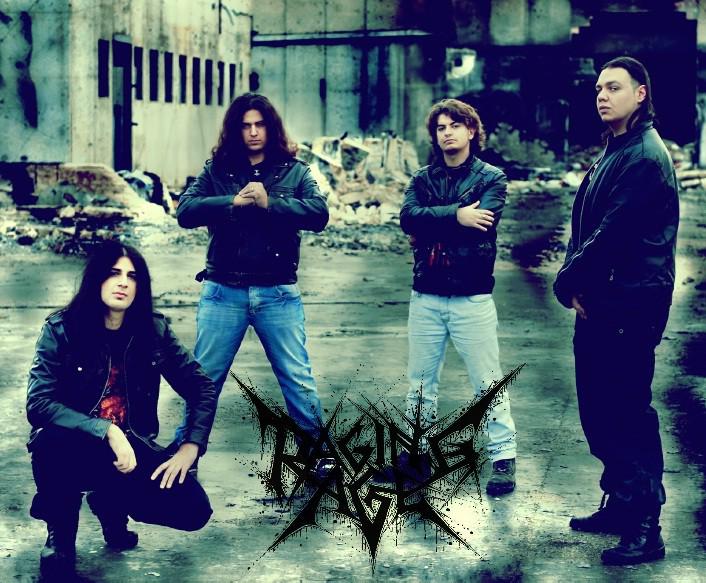 Italian epic death metal band Raging Age has signed a deal with Wormholedeath/Dreamcell11/Aural Music Group.
On January the 14th 2013 the band will enter Realsound Studio in Parma (Italy) with producer Wahoomi Corvi (Crysalys, The Way Of Purity, Haterial).
Wormholedeath/Dreamcell11 will release their debut album titled ” Regions of Sorrow” worldwide through Aural Music Group. Release date is due during 2013 still to be scheduled.
The Whole band stated: “«We spent some months into examinating several bids, but now we are pleased to announce we have signed with WHD Label. Its absolute professionalism has convinced us. Raging Age needed a strong network for the lauch of the first full lenght and signing with WHD was a natural choice.»”
Wormholedeath label manager “WORM” stated: “It was quite a long time that we didn’t sign bands from Italy but Raging Age just broke into our office, with very violent a kick on the door … Unpolite?? No, they just didn’t talk much, they just acted and that’s how I like it… The “Italian style bla bla bla” can be left to the politicians, musicians can’t talk so much, like them. Raging Age’s music is absolutely intense, epic and brutal at the same time, the guys are real musicians but of course this was not enough for WHD’s standards but when I met the guys I suddendly understood that they were ready to join our roster of selected bands…Simple people, with anti-rockstar attitude: let’s welcome Raging Age, they deserve your support!”
http://www.facebook.com/RagingAgeOfficial
http://www.ragingage.com