SOLEIL MOON : the magic of the AOR/Westcoast sound is back on Frontiers with the international release of « On The Way to Everything » in November ! 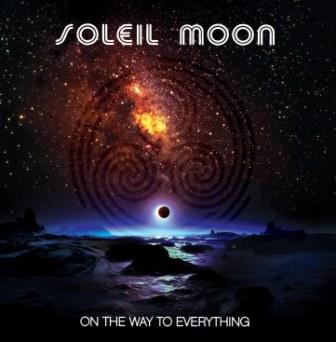 Frontiers Records is pleased to announce the international release of “On The Way to Everything”, SOLEIL MOON’s second album, on November 2nd in Europe and November 5th inNorth America.

Formed by singer Larry King (whose talents did not pass unnoticed on Michael Thompson Band’s last outing  “Future Past”) and John Blasucci (currently the keyboard player of ex STYX singer Dennis DeYoung), Soleil Moon debuted in 1999 with the independently released album “Worlds Apart”. That album also included the song “I’d Die For You”, later covered by Michael Kiske’s Place Vendome second cd “Streets of Fire”. The album made originally a big impact on Adult Contemporary radio with “Willingly,” “Never Say Goodbye,” and the title track, all of which ranked high on the national radio charts inside the top 10.

The follow up came about a few years after and it is called “On the Way to Everything”. This record features such musicians as Michael Thompson and Chris Siebold on guitar, Dave Hiltebrandt and Leland Sklar on bass and Khari Parker (plus Vinnie Colaiuta on one song) on drums. “Soleil Moon is a culmination of the best studio musicians in Chicago” says singer Larry King. “We all work together on a regular basis for other peoples projects and “On The Way To Everything” is ours. This album takes the listener on a sonic journey through modern life. Each song tells its own story and the album evokes every stage of emotion from concern, pain and reflection to love and elation. This project has been a labor of love that we are truly proud of”.

The first single, “History Repeats Its Pages” has been working its way up the US National Adult Contemporary Charts and is now poised at number 8. There is also a videoclip which can be enjoyed following this link: www.youtube.com/watch?v=RovZiCPRLKo&

The album also gathered some independent reviews internationally including such statements as “Go and get it “ from Melodicrock.it or “Highest class, melody and technique” on Hardsounds.it

“My love of AOR I’m sure shines through in most of my productions” tells Larry King “I’m a product of the 70’s and that era brought forth music that was creatively free. I’m a fan of combining as many styles of music as possible into one production that appropriately paints the picture of the story that I’m telling. I’m fortunate enough to work with musicians that provide me with a limitless locker full of musical options to choose from, which has been a dream come true as a producer”.

“On The Way to Everything” is now getting a worldwide and proper release on Frontiers Records and will also feature 3 bonus tracks taken from the album “Worlds Apart”, which never had an official release outside North America, including the most sought-after original version of “I’d Die For You”. “This release through Frontiers is an amazing opportunity for Soleil Moon to be exposed to a larger global audience. The mighty Frontiers releases new music from the finest musicians on the planet and its an honor to be included in this arsenal of extreme talent”, concludes King.

“On The Way to Everything”  includes the following songs:

You can enjoy the streaming of the first single “History Repeats Its Pages” on the Frontiers Records webradio now. Tune in at www.frontiers.it/webradio

SOLEIL MOON will appear live at :

More SOLEIL MOON live appearances are in the works. « On The Way to Everything »: a true monster of an AOR album ! 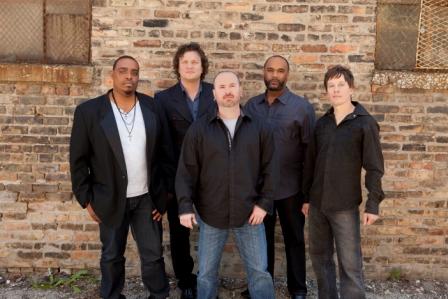