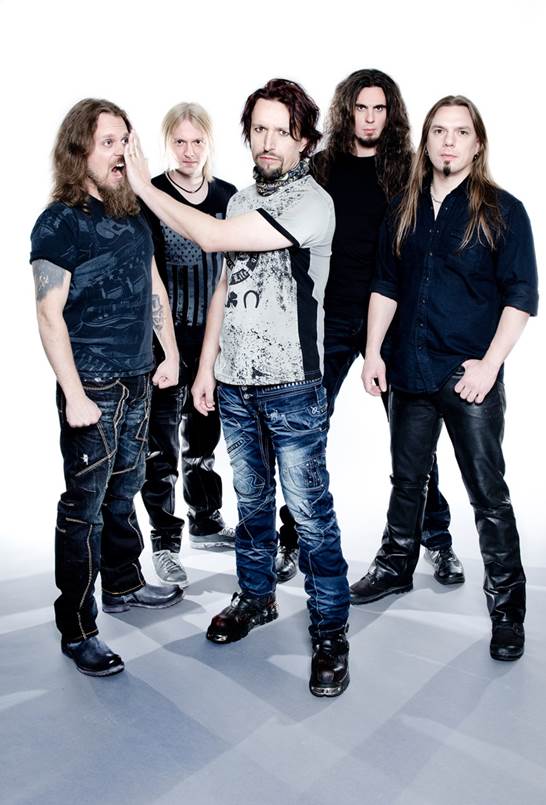 SONATA ARCTICA are currently about to finalize the recordings of their upcoming, yet untitled new studio album, which is scheduled to be released in march 2014. On their homepage, Henrik “Henkka” Klingenberg gives regular updates about the recording process. “We’re very pleased with the results and I’m sure you’ll be too”, Henkka added in his latest post.

Right after the release, SONATA ARCTICA will start touring again. Henkka left the following message: “Hello out there. It’s been a while since we last toured Europe, so I’m very happy that we can announce our first tour with our new album. Since the album will be out in March 2014, we don’t want to waste any time but will head out for a full European Tour. Our tour will start in Eindhoven, NL on April 10th, 2014. The whole band is really looking forward to play some new songs for you and introduce our new bass player, Pasi, for all our fans. He’s a monster live, you’ll see. Check below for the tourdates and we’ll see you in a few months!”

May 02nd A Wien Szene

Video ‘I Have A Right’: http://www.youtube.com/watch?v=sue_ufnvqcs