Avenue Of Allies is proud to announce the chart entry of its latest release, the sophomore album “The Second One” of our Swedish Westcoast act STATE COWS. On June 21st 2013 the record debuted at position number 72 on the official national album hit list in Sweden. 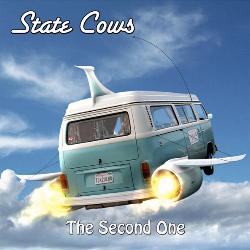