NUCLEAR BLAST is proud to announce that the new SUFFOCATION album “Pinnacle of Bedlam” entered the official German charts at the position number #58. It is the best chart result ever for SUFFOCATION in Germany. Congratulation Boys!!!
SUFFOCATION states: “We are so proud of PINNACLE OF BEDLAM, this album really came together and it shows.  The fans out there support us, they buy our stuff and we’re happy to

have them as our FANS!  We’ll be bringing the Pinnacle of Bedlam to Europe soon!  Keep an eye out for tour announcements, can’t wait to come there and BRUTALIZE

our EUROPEAN FANS IN MAY 2013!!  Thank you to Nuclear Blast for helping bring PINNACLE OF BEDLAM to the masses, and to our management team for keeping us all in check.

SUFFOCATION have also posted video clip for the song “As Grace Descends” at https://www.youtube.com/watch?v=Jp1YSf_5mr8&list=UUoxg3Kml41wE3IPq-PC-LQw&index=4

The clip was shot by director Tommy Jones (KATAKLYSM, SOILWORK, DEATH ANGEL) at Duff’s in Brooklyn, NY where several fans showed up for the filming.

a short documentary chronicling the making of the clip can be viewed here http://youtu.be/Exe0lU1lAmU.

Get “Pinnacle Of Bedlam” now: http://smarturl.it/Suffocation 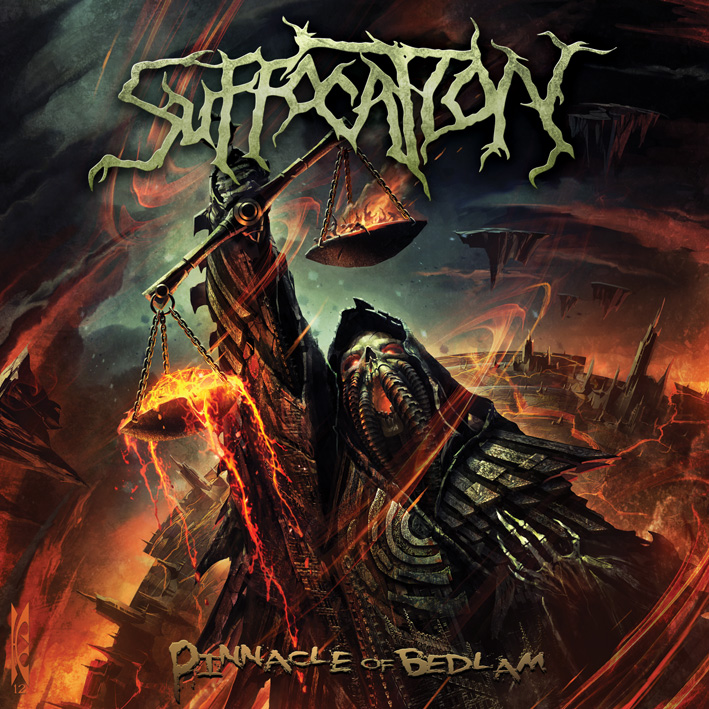