TIMO TOLKKI’S AVALON – il singolo “A World Without Us”!

Frontiers Records is pleased to announce the digital release of the second single from TIMO TOLKKI’S AVALON album “The Land of New Hope” entitled “A World Without Us”. Featuring lead vocals from 3 singers (Rob Rock, Elize Ryd and Russell Allen) the track shows the return to glorious Power Metal for the former STRATOVARIUS guitar player. 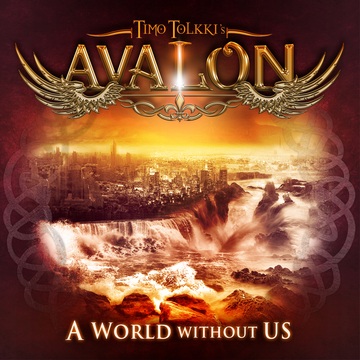 The single can be downloaded now from every fine shop such as iTunes or Amazon and streamed legally via Spotify and Deezer. It is also possible to enjoy the song watching a Youtube clip, featuring different “in the studio” candid shots, taken from the “making of the album” which is included on the bonus DVD which will be sold on the album’s deluxe edition. Follow this link: http://youtu.be/2yUGiX-5pWQ

“The Land of New Hope” will be released on May 17th in Europe and May 21st in North America.

In related news Timo Tolkki will appear live on TV 1 Finland on Sunday, May 5th at 19.45 during the popular talk show Arto Nyberg ( http://ohjelmat.yle.fi/artonyberg/etusivu). Timo is also preparing to start working on the second chapter of the Opera and has several more exciting projects in the can which will be revealed in the coming weeks. Stay tuned !