German Heavy Metal force U.D.O. has recorded a special song for their upcoming album „Steelhammer“, which will be released on May 24th (May 21st USA). “Basta Ya” comes up with a hot topic; the lack of perspectives for the youth in a united Europe.
“The youth in Europe is in a unique situation at the moment”, vocalist Udo Dirkschneider explains. “They are the first generation to grow up in a united Europe and therefore the first who have to deal with the circumstances this brings. Also, however hard their respective situation might be, they hold the future in their hands.“

Since four years now, Dirkschneider himself lives in Ibiza/Spain, a country where the effects of the Euro crisis left their marks unmistakably, with an unemployment rate of 50% among the adolescents.
„This is something I really think about a lot“, Dirkschneider speaks out. „I’m a family father myself, a father of two now adult kids who both just started their working life. Young people need chances, opportunities to reach something. What happens in Spain right now, is far away from this. It’s obvious that a whole generation is in fear of losing their livelihood.”

Therefore the new U.D.O. song „Basta Ya“ became a very energetic one. To match the situation, the track is Udo Dirkschneiders first recording ever in Spanish language. „Basta Ya“ is a typical shout which is known in all Spanish speaking countries, to protest against injustice. At the same time it’s a shout of motivation, to force a change. Vitor Garcia of Spain’s premiere Heavy Metal band Warcy is singing “Basta Ya” in a duet with Dirkschneider.

A “Basta Ya” fan-made video is available here. 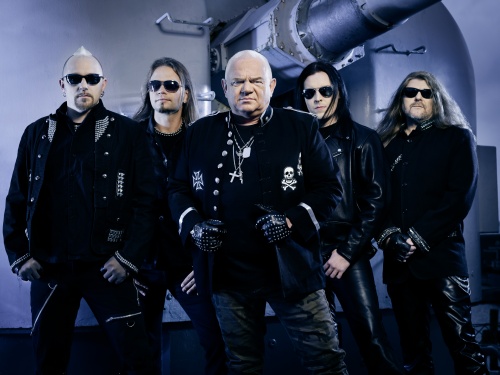