Whitesnake fans worldwide can click here to check out the exclusive worldwide premiere of the video for “Fool For Your Loving,” taken from their forthcoming CD/DVD package MADE IN JAPAN. The new DVD/live CD package is set for release on April 23rd in North America and will be available in several formats: a deluxe 2CD/DVD edition, Blu-ray and a standalone DVD. The performance footage is shot in stunning HD in 5.1 and stereo and is taken from Whitesnake’s co-headlining set at the “Loud Park” festival on October 11th, 2011 held at Saitama Super Arena in Japan during their “Forevermore World Tour.” The performance was initially recorded only for Japanese TV and future Loud Park promotions, but after three songs were broadcasted on a Loud Park highlights program in Japan, Whitesnake received unprecedented requests for this performance to be made available to the general public. Click here to check out the official EPK; click here to pre-order MADE IN JAPAN.

MADE IN JAPAN contains songs from Whitesnake’s most recent studio album, FOREVERMORE, as well as classic hits such as “Is This Love,” “Still Of The Night” and “Here I Go Again.” The bonus CD also includes never-before-heard outtakes and acoustic versions of material from the award-winning FOREVERMORE album that were recorded during soundchecks on the 2011 Japanese tour. Additional DVD content includes various band photo slideshows and fan-shot videos. Click here to download the cover art for the deluxe combo version, here for the DVD edition and here for Blu-ray edition.

Formed in 1977, and steered by the legendary David Coverdale, Whitesnake carry a rightful reputation as one of the world’s leading rock bands. Coverdale’s blues roots, combined with a feral sense of rock and roll, have consistently shaped the ‘Snake’s sound along with Coverdale’s love and appreciation of impeccable musicianship. Whitesnake’s ascent to the very top of the rock n’ roll heap was confirmed with 1987’s self-titled mega-platinum album, which saw two massive Top 10 hits, two #1 singles with “Here I Go Again” and “Is This Love” and a virtual 24-hour domination of MTV around the world. David Coverdale was recently named one of Revolver’s “100 Greatest Living Rock Stars” and the UK’s Kerrang voted Coverdale the “Last Great Rock Star.” Musicians on MADE IN JAPAN include David Coverdale (vocals), Doug Aldrich (guitars), Reb Beach (guitars), Michael Devin (bass), Briian Tichy (drums) and special guest Brian Ruedy (keyboards). 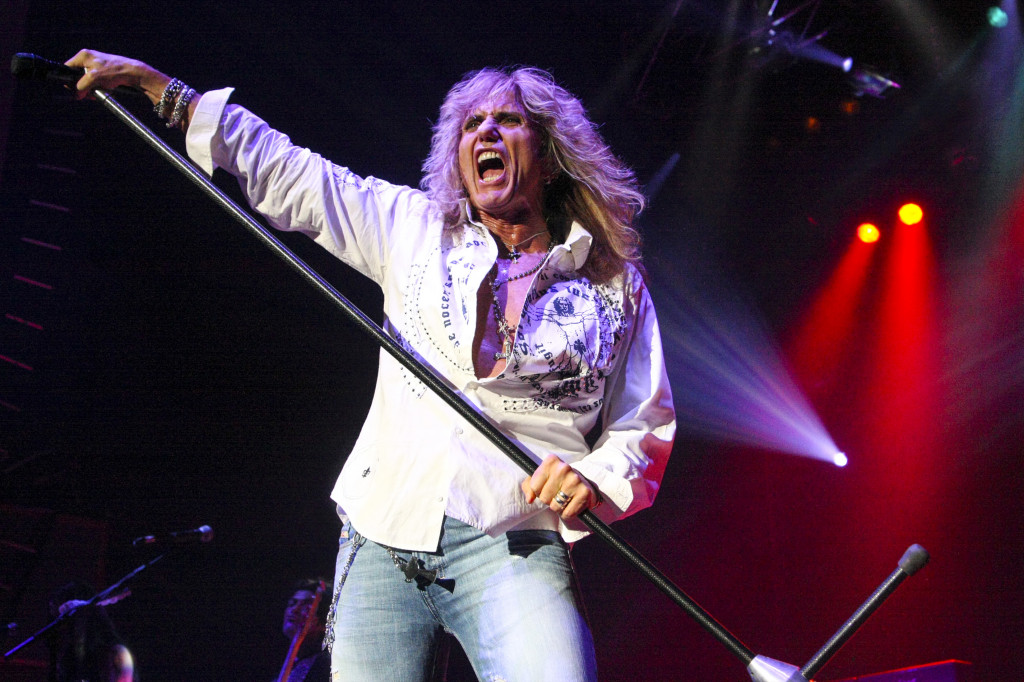