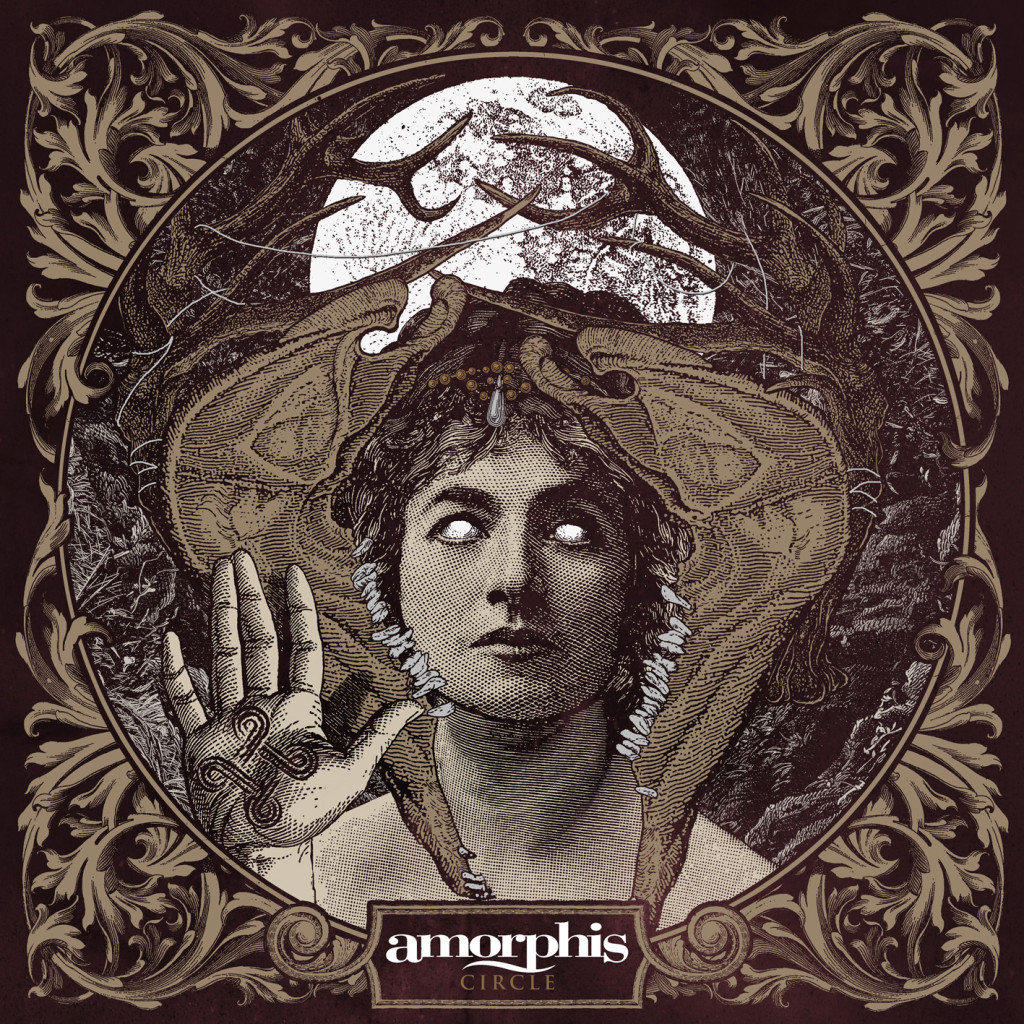 Vocalist Tomi Joutsen comments on the cover artwork, created by Tom Bates (BLEED FROM WITHIN, DEVIL SOLD HIS SOUL – www.facebook.com/artoftombates ) :
“The mystic, androgynous person on the cover represents a spiritual guide. This character was sent from another time and place to help the album’s protagonist find a new path for his life.”

This very guide was already mentioned by AMORPHIS’ lyricist Pekka Kainulainen in his summary of the album concept:
“The protagonist has been dealt a bad hand at birth. He’s always felt himself an outsider with strong potential to become marginalized. Through an accident, after a crisis, he finds a connection with his inner powers. A guide is sent to him, from another time and place. He gets a chance to take hold of his own life and change his destiny. From the past of Carelian Finland he finds his own spiritual tribe and the power to turn the course of his doomed life. This is a story of survival.”

The tracklist of “Circle” reads as follows:

8. Enchanted By The Moon

The album’s ltd. digi book version will come with a bonus DVD, including:

– The Making Of “Circle”

Apart from the CD+DVD digi book version, “Circle” will be available on CD (without bonus track), black 2LP in gatefold, brown 2LP in gatefold and as a bulging ltd. box, including 3 bonus tracks + a wristband – exclusively available via the Nuclear Blast mail order.