Legendary Bay Area thrash metallers DEATH ANGEL will enter AudioHammer Studios next month to begin recording the follow up to their 2010 release, Relentless Retribution. Guitarist Rob Cavestany recently checked in to give the following update:

“After nearly 3 years of nonstop touring for Relentless Retribution, we are about to enter the studio to record our seventh album! We are playing the final show of the Relentless Retribution Tour on March 31 in Holland, fly home for a few days of final pre-production rehearsals in Oakland, then begin tracking in Florida on April 8.

Relentless turned out the way we wanted so we we’re taking it to the next level with the same team. The new album will be done at AudioHammer Studios with Jason Suecof and I producing. We had a blast doing the last record there and now we know each other better and how well we work together… plus the album cover art is being done by Brent Elliot White who did Relentless Retribution. Let’s just say we have a good feeling about this one.

It was our idea all along to go directly into the studio following the end of this tour, without taking time off. We always take a break after an album’s touring cycle ends. You basically have to after spending so much time on the road, traveling and performing constantly. But not this time! This tour is the longest one we’ve ever done and that live energy is in our new songs! The glory and the heartache, it’s all there.

That said, all the music has been written – much of it on tour buses during the past couple of years, the rest of it in the studio over the past few months. This is some of the heaviest, fastest, most powerful material we’ve ever created! There’s something really dark in it too… music is and always will be our outlet to vent and release the built up pressure that life deals. In the world today we need it more than ever!!!

Currently the new record is slated for release in October 2013. Of course a massive tour will follow! It’s our mission to deliver, we ain’t fuckin’ around! Thank you all for your support! Big Hug!” 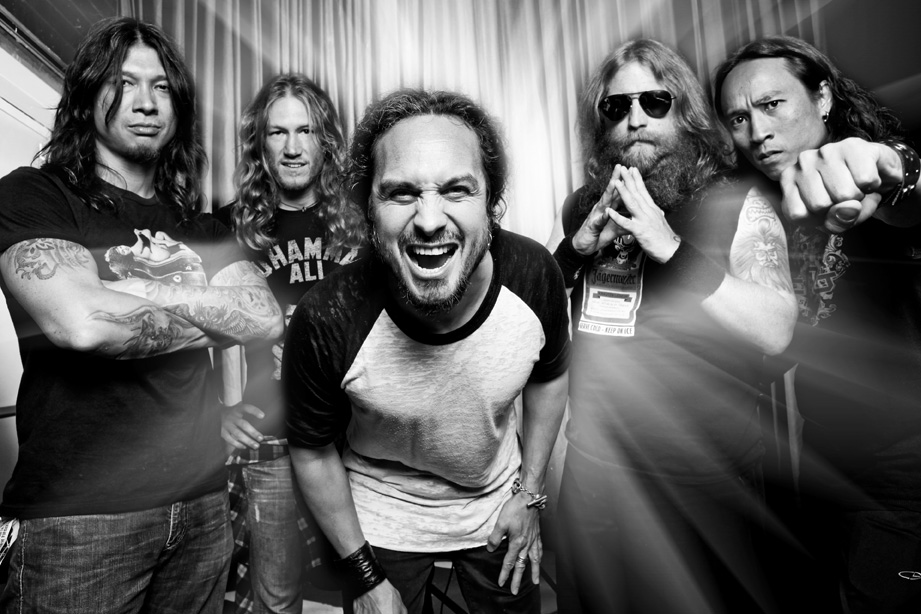