“On `Come Back Life´ we’ve tried to write similar melody lines for the vocals and guitar. After the song was done, I got the impression that someone had twiddled with out time machine and had sent us back to 1969!”  (Tiger)

“It’s both the second track on the album and the second song that was written for it, probably showcasing our trademark sound best. Between changes in tempo, single note riffs and guitar solos, the lyrical concept deals with destruction – inspired by Stanley Kubrick’s movie `Dr. Strangelove´.”(Lupus Lindemann)

“After playing this six-minute piece, my fingers always glow like fireflies – a rough storm on the high seas! One of the songs that might be most fun to play live, due to it’s multifacetedness. Not a single second of rest for your ears, if you don’t want to miss one of the song’s great twists and turns!” (Mammut)

“This song is about a friend of ours who’s been living in a small cave in the middle of Paris without water supply for about 10 years now. The cave is solely lighted by candles and filled with taxidermied animals and voodoo puppets – one for each of his ex-girlfriends. Try to recall a dark acid trip and multiply it by 10 – that’ll give you a rough idea…” (Lindemann)

In the meantime, check out “Doomsday Machine”, the first single of “Abra Kadavar”: http://youtu.be/L2SdzgPj3_o 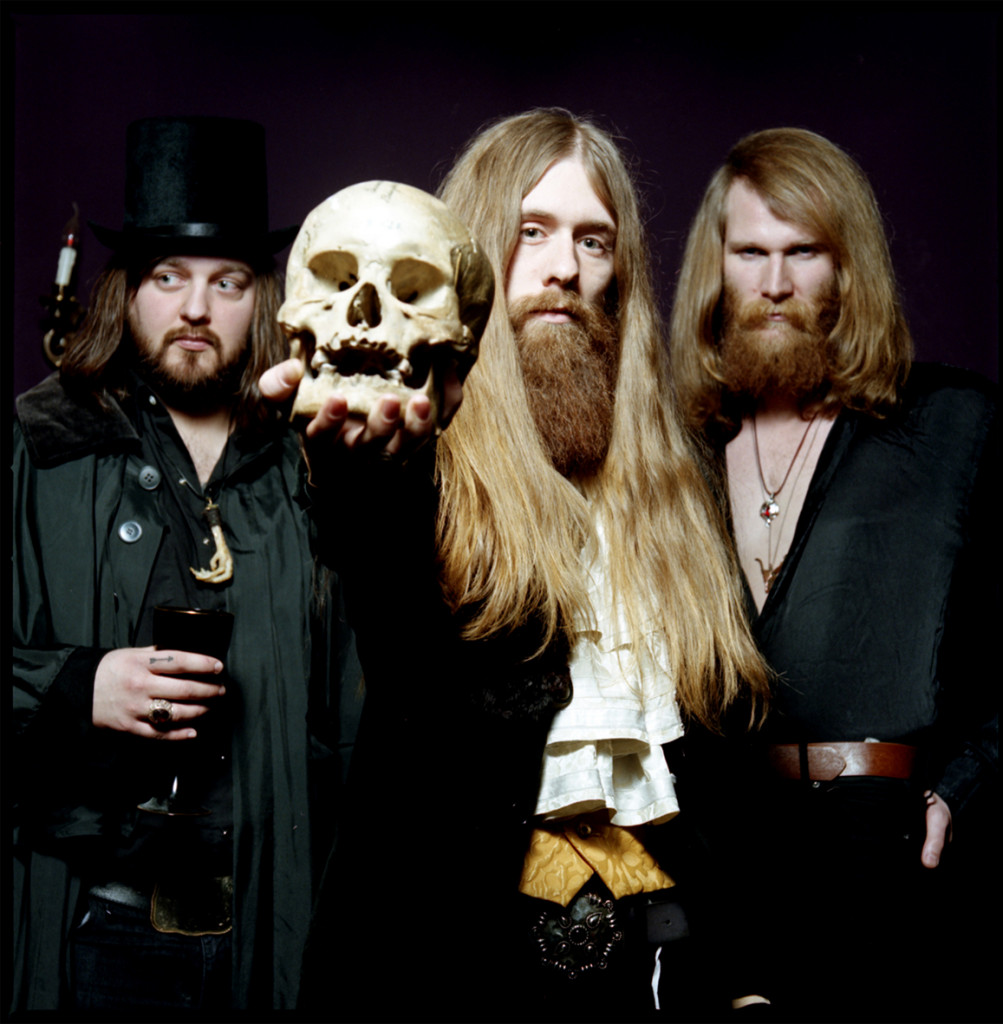