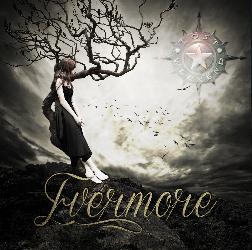 Lost Weekend have been together for 18 years. They are made up of musicians who over the last 35 years have rocked the stages of Britain, Europe and the world.

With the resurgence in guitar based music the band have been in huge demand, indeed they have performed alongside the likes of Gotthard, TNT, Dokken, Magnum, Saxon, Wishbone Ash, Jeff Scott Soto, Winger, Asia, Quireboys, Thunder, UFO and FM.

It was around the release of their third opus New Religion that legendary Magnum vocalist Bob Catley invited the band to support him on his solo tour of Britain and Europe for which the band again impressed from the start, this resulted in the band being asked to write Bob Catley’s next solo album Spirit Of Man.

The record has received worldwide critical acclaim, once again the band was invited on a tour with Catley. November 2006 has seen the release of the Lost Weekend’s fourth album, the acclaimed forever Moving On. 2007 has been a year spent promoting the latest CD with appearances at some of England’s premier rock festivals to great effect.

With a slight change in personnel the band became a twin guitar based band resulting in a heavier sound more akin to the likes of the Scorpions, UFO and Thunder to name a few.

2008 and a brand new album Fear And Innocence, with this release the added guitar and the re-introduction of keyboards gave the UK group a wonderful platform to create a heavier but also very melodic rock album, which again was widely applauded around the melodic rock circles.

2010/2011 was a time the band gave themselves a hiatus from performing together, in fact they did release a statement saying they were calling time on Lost Weekend, but as people know when you have a break from something you have loved for a long time, you miss those times desperately, and with that the band moved to new premises and decided to start rehearsing initially and just see what happens.

The result was renewed passion and creativity and the next thing they knew was an album had been written and one they are most proud of to date, with the inclusion of Irving Parratt on keyboards(he last worked with the band on Forever Moving On and Spirit Of Man) both of which he contributed the writing of.

The band is primed and ready to unleash their brand new album “Evermore” on June 21st, 2013 via AOR Heaven. Again it was produced by the incredible Martin Kronlund JM studios Sweden. 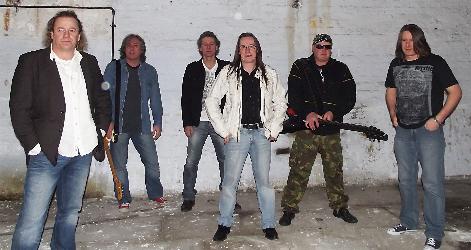