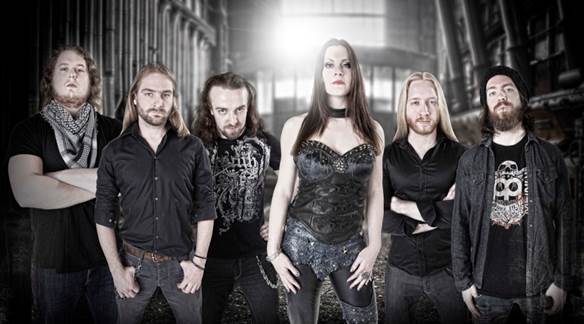 Dutch metallers REVAMP will release their second album »Wild Card« on August 23 via Nuclear Blast. Today, vocalist Floor Jansen offers you further information on the album’s cover artwork and the song writing process in the form of the third album trailer that can be watched here: http://bit.ly/10D3GsI

Moreover, the opening track `The Anatomy Of A Nervous Breakdown: On The Sideline´ will be released as a digital iTunes single on July 19. Pre-order will soon be available here: http://smarturl.it/revampanatomy

The record lives up to its name »Wild Card« in every single second! Regarding this, Floor explains: “This album became the most aggressive album I’ve ever made and in the lyrics I tell a lot about my personal experiences of the last years. This resulted into some heavy stories and some openhearted ‘screams’ I needed out of my system. It matches the violence of the music in a great way, we wrote as a great team! But not one sentence or word can really cover the contents of this album. Its variety in all its ingredients makes it almost impossible. A wild card is an unpredictable and unforeseeable factor. You don’t know what you’re getting, or when. That’s this album! It’s 100% ReVamp and it’s your wild card!”

Brace yourselves for one hell of a ride – ‘cause REVAMP has more than one ace in the hole!