SEPULTURA – artwork e track list di “The Mediator Between Head And Hands Must Be The Heart”! 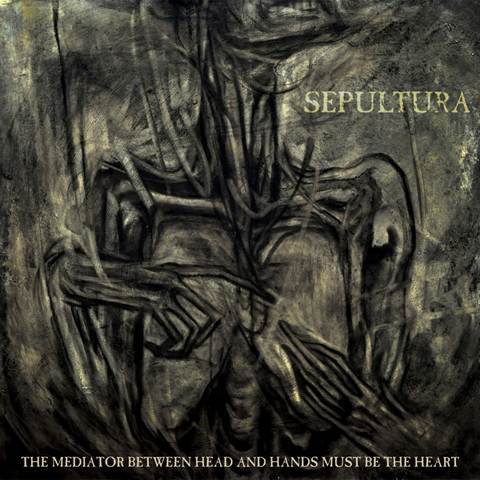 Legendary Brazilian metal icons SEPULTURA have revealed the cover artwork and track listing for the band’s forthcoming album, »The Mediator Between Head And Hands Must Be The Heart«,

which is set for European release on October 25th via Nuclear Blast. The artwork was created by Brazilian artist Alexandre Wagner, who specializes in charcoal drawing techniques.

Here, Kisser reveals how he discovered the work of Alexandre Wagner:

“It was an indication of Silvio Bibika, who was my roadie for a long time. He always shows me things in general that SEPULTURA might need. He told me about Alexandre – who is from Belo Horizonte [in Brazil, where SEPULTURA was founded] – a year ago. So before we went to the United States to record the album, I was at his house to talk about the cover, tell him the album title, and talk about the concept of the film Metropolis so he could do something original. But when I saw the picture with the drawing, I thought it was all about what we wanted and we did not need something new. I also asked him to do a tribal ‘S’ in the cover’s style, which will be on the back cover.”

“This series of work in charcoal drawing [for the album] I did when I still lived in Belo Horizonte. They were all made there and are quick drawings without much reference, almost an experimentation that may have come from a desire to use the most basic of basic materials – coal, paper and wood. The cover design was ready, Andreas saw and liked it. We talked a little more and I also sent some other pictures for the booklet. I was pleased with the choice of the theme of the album; I like [Austrian filmmaker] Fritz Lang very much and not to mention only Metropolis, but Dr. Mabuse der Spieler [Dr. Mabuse: The Gambler, Lang’s 1922 film] is a fucking movie!”

A fellow Mineiro from Belo Horizonte, Alexandre is glad to be part of SEPULTURA’s history.

“It’s impossible being from Belo Horizonte and not know the band,” he says. “Some of their albums followed me for a long time, especially [1993’s] »Chaos A.D.«. I remember seeing ‘Refuse/Resist’ on TV and thinking that was wonderful. It’s really cool to work with the guys, being part of something together. It is somehow a shared history.”

The track listing for the album is:

06. The Bliss Of Ignorants

»The Mediator Between Head And Hands Must Be The Heart« was recorded with renowned producer Ross Robinson (KORN, MACHINE HEAD, FEAR FACTORY), who worked with SEPULTURA on their landmark 1996 release »Roots«, and co-produced by Steve Evetts (THE DILLINGER ESCAPE PLAN, SYMPHONY X, INCANTATION), who previously worked on SEPULTURA’s »Roorback« (2003), the »Revolusongs «EP (2002), and »Nation« (2001). 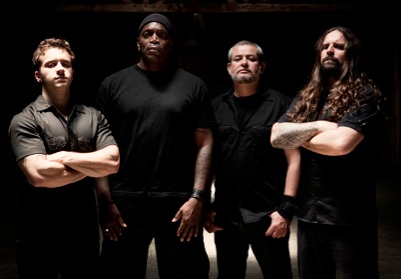