THE 69 EYES – to release digital EP // Jyrki69 teams up with photographer Estevan Oriol for Unicef Nicaragua
Helsinki vampires THE 69 EYES, whose most recent album “X” was released on the 28th of September 2012, will release the digital “Love Runs Away” EP – including two previously unreleased bonus songs – via iTunes on February 1, 2013!
The tracklist looks as follows:

1. Love Runs Away 2. Rosary Blue (feat. Kat Von D) (edit) 3. Dracula’s Castle
`Love Runs Away´ – the third single and opening track of “X” that has by now already become a live-favourite – carries pure rocking metal riffs and a chorus with a bulletproof hook line. Singer Jyrki69 comments: “This is the most obvious single track from the album and already works great on stage, so it’s about time to release it as a proper single!”
The larger-than-life ballad duet `Rosary Blue´ on which Jyrki is accompanied by world-famous tattoo artist and “L.A. Ink” star Kat Von D is the first of two never before heard bonus tracks. “We’ve known each other for some years and since Kat is also starting to make music, I thought it would be interesting to have her on board. The song is amazing and with her help, it turned out even more magical – it’s like our own `Stairway to Heaven´”, states the front man.

The final track `Dracula’s Castle´ is at least equally interesting, as it can be considered pure rockabilly – or rather gothabilly! Jyrki shares its background: “The Fuzztones is one of my all-time favourite bands and I’ve got to know their leader Rudi Protrudi a bit. We wrote this track with him in Berlin one night before our show and he actually even sings backing vocals on it. Words can’t describe the feeling of making music with your own idol – I still can’t believe it! The song is like a Scooby Doo-on-acid-by-Helloween kind of gothabilly track. Should be a radio hit too by any standards!”

In other news, Jyrki69 has teamed up with famous “L.A. fingers” icon photographer Estevan Oriol  (http://www.estevanoriol.com/) last week for the humanitarian mission of UNICEF Nicaragua. Together they spent a week in Nicaragua to see how UNICEF is taking action against trafficking of women and childrenin the country. The material will be released in different formats this year. “It certainly is like often said, the most beautiful country in the world but all the shadows and snakes in this paradise are a threat that UNICEF is trying to prevent with the local authorities”, says Jyrki. Los-Angeles-based photographer Oriol was responsible for the cover of THE 69 EYES’ previous album “Back In Blood”. Moreover, he’s famous for his work with EMINEM, CYPRESS HILL, SNOOP DOGG and JAY-Z, among others.
For further information on UNICEF’s project in Nicaragua, visit: www.unicef.org/nicaragua 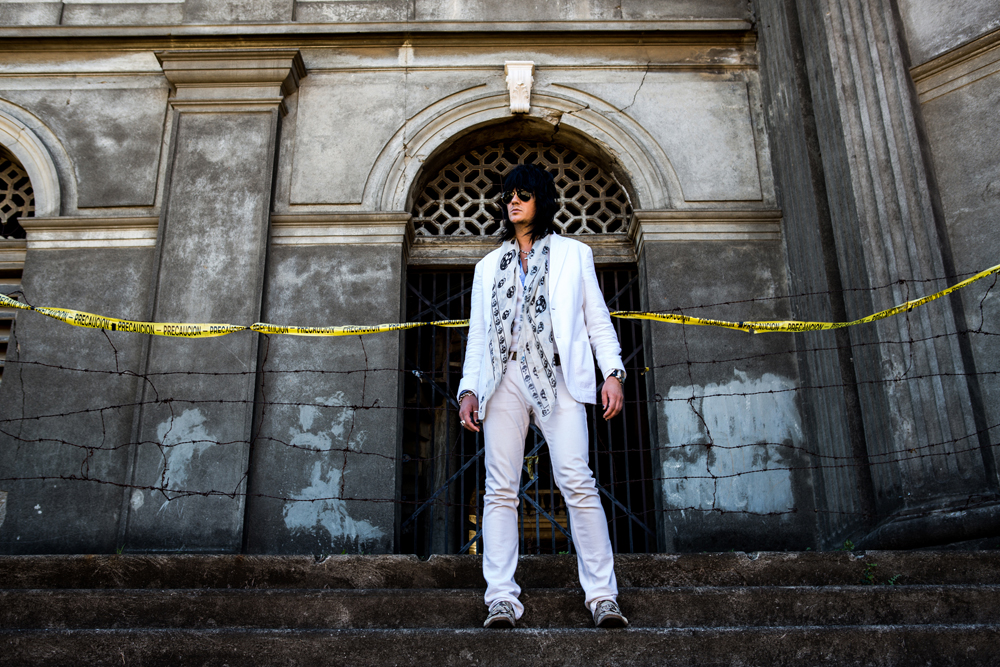