THY ART IS MURDER – Firmano per Nuclear Blast Entertainment!

THY ART IS MURDER – Sign to Nuclear Blast Entertainment!

Australia’s hottest new extreme metal export, THY ART IS MURDER, has signed to Nuclear Blast Entertainment! Their second album, Hate, was recently released in their homeland where it has been smashing boundaries once thought to confine bands of their ilk. The record came in at #35 on the Top 40 Aria chart, making it the highest debut of any Aussie death metal band ever!

Nuclear Blast Entertainment is proud to finally properly release Hate in the U.S. on April 2nd and in Europe on April 5th.

The album was produced and mixed by Will Putney (SUICIDE SILENCE, BORN OF OSIRIS, FOR TODAY) with artwork created by Brent Elliot White (CARNIFEX, DEATH ANGEL).
“Nuclear Blast has always represented the pinnacle of extreme metal, a last bastion in an ever evolving industry,” commented guitarist Andy Marsh. “To say we now share a label with the greatest extreme metal bands of all time is ridiculous. It was never a dream, it was impossible. But we’ve done it. The future will be heavy.”
Rising from the unhallowed wastes of Western Sydney, extreme metal outfit THY ART IS MURDER have carved a trail of bloody mayhem since their inception in 2006. With an acclaimed EP and debut album in Infinite Death and The Adversary to their name, the band have traversed the highways and autobahns of Australia, the UK and Europe on a relentless crusade to destroy every venue and audience they can with like-minded peers in a who’s who of heavy metal.
Simply titled Hate, the band’s second full length is the pointed result of THY ART IS MURDER ‘s growing dissatisfaction with all aspects of modern life – political, religious, social and environmental – everyone is to blame.

Fusing the blasting technicality of metal luminaries THE BLACK DAHLIA MURDER with thunderous breakdowns and the intensity born of their nascent hometown scene; the blackened grandeur of BEHEMOTH and the pit churning groove of Tampa originators MORBID ANGEL and CANNIBAL CORPSE, the furious musical arrangements provide a bloody canvas for vocalist CJ McMahon’s outpourings of bile.
No strangers to stoking controversy and criticism, the band have not toned down their art for the sake of palatability and have introduced a morose melodicism into their maelstrom – the rumination before pulling the trigger.

With their best work to date ready to be unleashed on an unsuspecting world, THY ART IS MURDER will once again take to the road to unleash the Hate with one simple message – get in the pit or get out of the way.
Video Clips: “Reign of Darkness” (http://www.youtube.com/watch?v=47Plg93oJ1M) “Shadow of Eternal Sin” play through video (http://www.youtube.com/watch?v=D9dxF4v1gtY&feature=player_embedded) 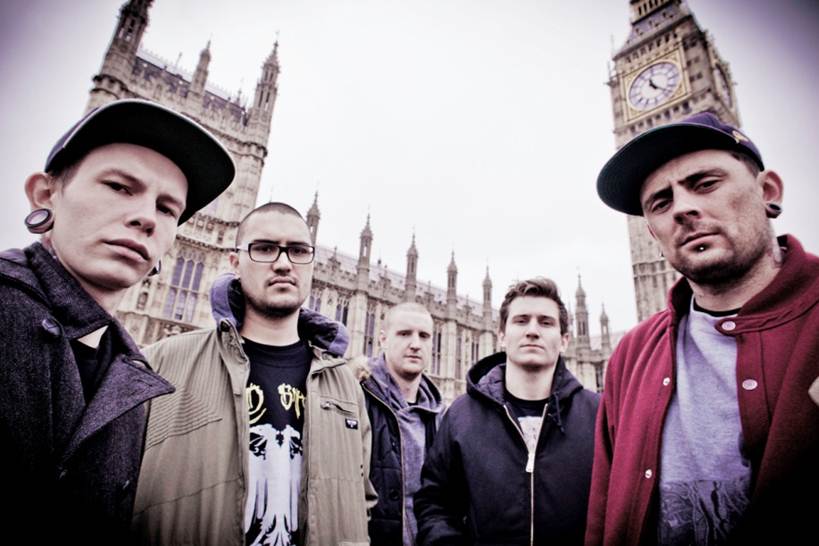