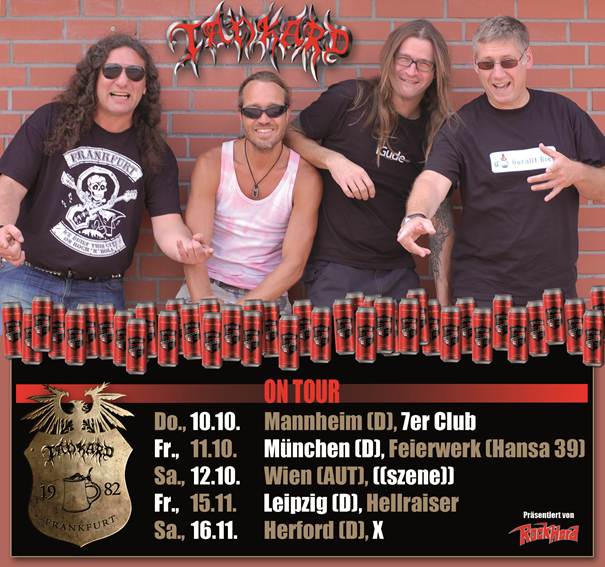 During the summer months the band was busy invading festivals across Europe, but it has been a while for them to play a headline clubshow in certain locations and cities.

“We are really looking forward to playing at Mannheim, Munich, Vienna, Leipzig and Herford for the first time in years.”

After the phenomenal reactions to TANKARD’s current amazing album »A Girl Called Cerveza« (out since July 2012),

Nuclear Blast is now happy to offer you a series of reissue of highlights of the TANKARD discography including extensive bonus material!

The band’s debut record »Zombie Attack« and the follow-up »Chemical Invasion« are already re-released on vinyl!

»The Morning After«, »Meaning Of Life«, »Two-Faced« and »Stone Cold Sober« will be released this fall.

Pre-order your copies at the Nuclear Blast web shop: http://bit.ly/1a9oUS8